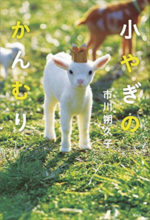 Natsume’s father comes home from the hospital for bedrest, after being hurt in a car accident. Natsume has suffered verbal abuse and even violence from her father, and has wished to kill him. Running away from this part of herself, Natsume goes for a summer camp at an old temple in the mountains. It’s her last summer of middle school. Over this summer, Natsume gets to know Raita, a five-year-old entrusted to the temple by his single mother. Natsume also meets Yosuke, a high school student who brings a young goat to graze on the grounds. In time, Natsume builds up the strength to face reality. <Miyakawa>